All About Coin Malaga … 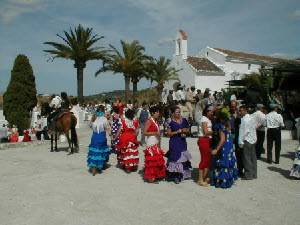 If you are thinking about moving to the Coin Malaga area, read what local resident Karen Southall has to say about the area …

I left England to go travelling in my early 20s and after a few years exploring various corners of the globe I ended up on the Costa del Sol. It was a place I’d chosen to return to as it was one of my most favourite places I’d backpacked through years previously. The move, however was supposed to be just for a year or so until the travel bug moved me on to pastures new. That was almost 17 years ago.

Initially, I lived in Fuengirola on the coast for a few months before moving inland.  I eventually bought a property in 2001 in the town of Coin and I now live here with my partner and two children aged eight and five years.  I work full time as a journalist and writer and I supply market reports and features for a gaming industry publication primarily plus I also run Roundaboutspain.com.

So why Coin?  Interestingly I remember visiting Coin Malaga when I first arrived in the Malaga region all those years ago. The boyfriend and I drove our campervan up the hills to explore one day and ended up stuck down a very narrow street which abruptly ended and we had to nervously back out much to the bemusement of the elderly villagers sat outside their front doors.

My first impression on that day was Coin is “too far away.” Now I wonder what it was too far away from?  Initially, the coast always seemed to be the hub of the Malaga region and where you could find anything, and more importantly at the time, you could find it in English.  Coin, on the other hand seemed like the back of beyond where no foreigner would dare venture let alone live. And where on earth would you buy Baked Beans from or find a decent cup of tea?  Ironically that later became its appeal.

In reality, Coin is actually just 33 km west of Malaga and only 30km north of Marbella. To get to the coast or Malaga takes about 30 minutes and there are bus links also to the city and the coastal towns if needed. Traditionally Coin is an agricultural town whilst marble mining and ceramics played a huge part in its past whilst the latter is still a noticeable business here and the town even has its own colour style called ‘Green Coin.’ The population is around 22,000 and around 13% of these are expats. 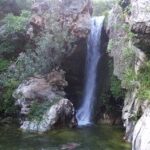 On the edge of Coin is Barranco Blanco, a beautiful nature spot of pine trees, streams and waterfalls which is perfect for walks and picnics. This joins the Nacimiento area which was partly turned into a film set and tourist area years ago for the BBC’s Eldorado series and some Spanish soap operas.

YOU MAY ALSO LIKE TO READ  How to find your ideal long term rental in Spain.

When I first moved inland I would often take a weekly trip to Fuengirola to get supplies.  Today I rarely go to the coast and can count on two hands the amount of times I went last year. If I do it’s to go to the beach or pop into one of the large shopping centres such as Parque Miramar in Fuengirola  (www.parquemiramar.com) or La Cañada in Marbella for a spending spree. Other than that you can get pretty much everything you need here (even Baked Beans) especially if you look around and utilise the Spanish shops and services.

There are six infant/primary schools in the town (Lourdes, Huertas Viejas, Lope de Vega, Pintor Paloma, San Sebastian (infant only) and Carazony and two secondary schools (Licinio de la Fuente and Montecillos). The international school of Sunlands (www.sunland.novaschool.es ) is just 30 minutes drive away in the town of Cartama or St Anthony’s ( www.stanthonyscollege.com) is about 20 minutes drive away on the road to Fuengirola

Meanwhile five years ago the first shopping centre arrived inland in Coin and today CC La Trocha houses a Dunnes, a supermarket, El Corte Ingles clothes shop, Springfield, several shoe and clothes shops, a health food shop, several cafes, a cinema and a lovely gymnasium with a spa and swimming pool with paddle courts on the roof. Every Sunday there is a huge secondhand rastro market held in the covered car park which attracts buyers and sellers from all over the region. Apart from La Trocha there is still Coin town centre which is small enough to explore on foot and my advice is, do so, as you can often find the loveliest and strangest of shops down some of the side streets.

YOU MAY ALSO LIKE TO READ  Los Boliches Fuengirola, Málaga

There are plenty of supermarkets in Coin including Mercadona, Dia, Lidl and Eroski with several small independent ‘corner shops’ which often open on Sundays and bank holidays.  There is an abundance of bars and cafes with sun terraces and some lovely restaurants such as La Bohemia ( www.restaurante-bohemia.com ) Miralmonte and Cruz de la Piedra ( www.lacruzdepiedra.es ) plus Indian, Chinese and English restaurants.  Menu del Dia’s in Coin start at around €7 for a three course meal with a drink.

The Coin Medical Centre provides ample health care with the emergency centre open 24/7 and there are numerous private dental clinics. The Coin council run sports facilities www.pmdcoin.com operate via various locations in Coin such as the indoor centre in El Rodeo which runs anything from aerobics to basketball classes, the Coin Football ground for football classes, EVA for dance and sports whilst athletics are run via the El Nacimiento grounds. There is also a municipal run indoor and outdoor swimming pool.

In terms of property, Coin is divided into three main areas. The town centre, which is primarily made up of townhouses and apartments and you can mostly find Spanish families. However, this is perfect for those who don’t drive or want to be in the heart of the community. On the outskirts, you have the urbanisations such as El Rodeo, Las Delicias and Montecillos where you can find townhouses and villas. The expat community often head to these developments as they kind of duplicate English estates where you have tarmac road, street lighting, telephone connections, neighbours and private walled or fenced gardens.  Thirdly you have the ‘campo’ (countryside) dwellers who have ‘fincas’ and houses in the more rural countryside areas. Traditionally campo houses were passed down through the Spanish generations and there is still a big farming community in existence. Coin is sometimes referred to as the town of the 300 orchards and there’s even a local holiday for the humble orange.

In terms of property choice – choose wisely. Don’t go for campo living if you don’t have time to tend to your land, prune the trees or feed the numerous animals you may then accumulate. Alternatively, don’t live in town in an apartment if you don’t like the sound of flamenco at 1am and scooters driving past your window sounding their horns (repeatedly). 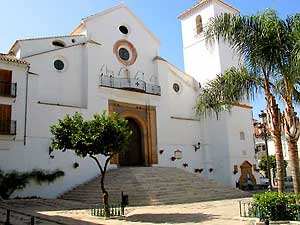 My advice if planning on moving to Spain, and considering the Coin Malaga area:

YOU MAY ALSO LIKE TO READ  Beautiful Villa in Mijas: Stunning views & Walking Distance to the Village

Always rent before you buy and research your area carefully.

School catchment works in a similar way so if that is a requirement check out schools before you choose an area.

There are more ‘expat style’ clubs, groups and activities for kids on the coast than inland purely because of the numbers. So if that’s what you are looking for again head to main towns like Marbella or Fuengirola or join the council-run clubs.

Always check out your local town council facilities for kids, adult groups and Spanish lessons. They are often cheaper and will integrate you more quickly.

Don’t come to Spain purely because of the weather. You have to enjoy the more frustrating aspects of Spanish life or you will end up having a heart attack.*

*(Please note that this was Karen’s experience when she first moved over to Spain and attempted to do all the paperwork herself, without any knowledge of Spanish nor the bureaucratic procedures. As you know, I do not have the same issue myself, and nor will you, with my assistance 😉 ) Lisa

Don’t expect a free ride. There are limited benefits systems in place in Spain and unless you pay in you won’t get anything out. As an expat , you’ll need to work or be able to support yourself financially.

Available on Amazon! CLICK IMAGE to read the 5 star reviews …

If you would like further information about moving to the Coín area of Malaga,  simply use the form below to Contact Us.

How can we help you?