If you are thinking about moving to the Nerja area of Málaga, read what local resident Kristy Louise Weir has to say about the area …

I first left England in 2000 newly married and with a baby on the way,  after much deliberation, the Costa Del Sol sounded the best place to start a new life.  We toyed with the usual suspects, Benalmadena, Marbella, etc until we finally decided on a little place called Nerja, even though neither of us had been or even heard of it.  That was over 12 years ago.   Since then, my now ex-husband and I have split up and I now work for myself and live with my boyfriend and 3 rabbits in a rented apartment just a few minutes walk from the famous Balcon de Europa.

When I first arrived, I wondered how I would adapt to the Spanish lifestyle, I didn’t speak a word of Spanish and the locals didn’t seem to speak that much English, seeing the rubbish put in the street and the older ladies outside their front doors at night time seemed a bit too much for me and I was determined to leave after just a few days , then something clicked somewhere and I realized I was living in this beautiful town, just a short walk from the beach, where older ladies could actually sit outside and feel safe not to mention that the weather permitted this and I changed my mind.

Nerja is situated approx 56km east of Malaga, about an hours drive from Màlaga airport.  However there are plenty of bus services  to get you there either directly on the motorway or indirectly along the coast (this obviously takes longer). Nerja is in the Axarquía region of Málaga.

The population is approximately 22,294 around 30% of which are foreign residents

In more modern times, sugar cane production has given way to more valuable cash crops, particularly semi-tropical fruits such as mango and papaya and widespread avocado plantations in what is one of the major avocado growing regions in Europe. The sugar cane factory is still on the eastern edge of town, but is now empty. 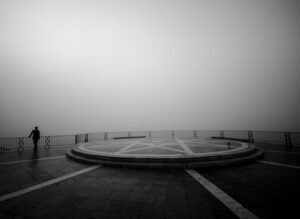 The Balcón de Europa, a mirador or viewpoint which gives stunning views across the sea, is in the centre of the old town. Its name is popularly believed to have been coined by King Alfonso XII, who visited the area in 1885 following a disastrous earthquake and was captivated by the scene. Local folklore says that he stood upon the site where the Balcón now stands, and said “This is the balcony of Europe”. Local archive documents are said to show that its name predated this visit, but this has not prevented the authorities from placing a life-sized (and much photographed) statue of the king standing by the railing.

Nerja has several supermarkets ranging from your typical Spanish style grocery store to major chains like Supersol, Lidl and Mercadona  there are also a couple of shops that stock popular English brands, so there is no need to travel far to get your decent tea bags or chocolate so it is only really for clothing that I feel the need to travel to nearby El Ingenio in Velez Malaga.

There are a wide variety of bars, cafes, restaurants to chose form in Nerja. If you are looking for somehting speciaa then maybe try Calabaza (but check the price list before ordering), Little Italy is a very cheap, small restaurant that is always busy and offers fresh food. If you fancy a paella then head down to Ayo in Burriana.

Nerja’s medical center is situated a little up on the main road coming in to Nerja and the emergency department is open 24/7 but is not well enough equipped to deal with serious incidents in which case an ambulance ride to the hospital in Velez Malaga is needed.  The normal practice is open for appointments  from early morning to afternoon – Monday to Friday.  There are, however, several private clinics which are on 24 hour  call and most speak English. 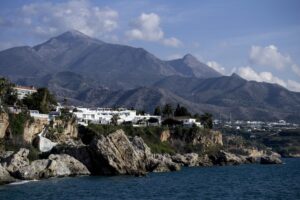 In terms of property, Nerja has 3 parts to it, there is the old part, the new part and then there is Burriana which is down the hill and near the famous Burriana beach,  there are also a few urbanisations such as Capistrano village where a lot of expats tend to live, a lot of foreigners buy in slightly quieter places such as Maro , where the Nerja caves were discovered and Frigiliana, up the mountain.

If you haven’t got much time or transport, then I would advise against the adjoining villages as you would need to do your main shopping in Nerja, but you should also take into consideration where the Feria is held and where the parades go through town as they can be very noisy and not suitable for everyone, the same goes for the new end of town where Plaza Tutti Frutti is situated ( a square full of bars that don’t close until the early hours.)

YOU MAY ALSO LIKE TO READ  Ronda, Inland Malaga

My advice before moving abroad is to research the area as thoroughly as possible, go onto local sites etc and ask the people that are living there,  start by renting.  Pay a visit for a few days and get a feel for the place whilst looking at schools, medical services etc, make sure you have all paperwork needed for these as well.

Don’t expect life to be like a dream, there are bills to pay, bank visits to do and shopping to get here as well, it isn’t like a holiday.

Have a look at the language schools in Nerja and try and get some lessons in as soon as possible, there are also business cards around town for private teachers.

Make sure you have the finances and a realistic time period in which to find work, Spain’s work system works differently and you can only take out when you have contributed payments.